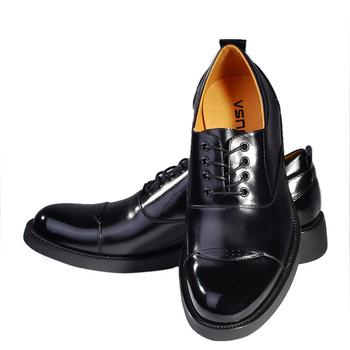 Last week, the European Commission issued an announcement that the European Court partially repealed the European Union's ruling on anti-dumping measures against Chinese shoes in 2006. There are four companies that have been repealed, and two of them are shoe-making companies in Guangzhou and Zhongshan. It is worth noting that, in accordance with the requirements of the European Court of Justice, the EU has also resumed its review of the market economy status that exporters are concerned about.

According to the China Trade Relief Information Network, the European Union requires the interested party in the original investigation to indicate whether it wants to obtain content that was abolished by the EU court within 15 days from the date of the announcement. At the same time, the Chinese leather shoe export companies involved should provide relevant information to the European Commission, including the types of stakeholders in this case, such as producers, associated importers, exporters, etc. in the member states; they are interested in incorporating the interests of the current court judgment. Relationship party; name, address and e-mail address of the interested party; documented as an interested party in the original case.

According to the rules of international trade, if an enterprise cannot have a market economy status, it will suffer unfair treatment throughout the anti-dumping proceedings. In fact, although China's relevant shoe-making enterprises meet the criteria of market economy status, they are unable to obtain corresponding qualifications. Sales in the EU tend to constitute dumping and thus impose punitive tariffs.

In the EU's anti-dumping regulations, companies with five conditions will obtain market economy status. Specifically, â€œdecisions are not obviously interfered by the stateâ€, â€œthere is a set of accounting books established according to international general guidelinesâ€, â€œproduction costs, financial conditions are not affected. The "significant impact of non-market economic systems", "the establishment of enterprises without government intervention or closure," "the currency exchange rate changes decided by the market." In this anti-dumping case, more than 130 responding enterprises were deprived of market economic treatment.

Looking back at the EU anti-dumping case on Chinese leather shoes that occurred in 2005-2006, it originated from the application of the European footwear consortium to carry out anti-dumping investigations on leather footwear originating in China and Vietnam. According to the reasons for the application, the import volume and share of leather shoes and footwear in China and Vietnam have increased significantly, and the import price is lower than the normal value, which â€œcauses adverse effects on the development of leather footwear manufacturers and industries in the EUâ€.

Many analysis points all point out that the reason why leather shoes enterprises have repeatedly become the object of accusation in the EU footwear industry is mainly because the shoe manufacturers do not have high grades and export prices are low, and some companies even compete for market share. The price was set fairly low and he did not hesitate to fight the "price war."

To this end, Dongguan, a foreign trade professional analysis pointed out that the first shoe manufacturers to change the export model, do not simply do OEM exports; second is to change the low-cost competitive sales, not the price but the market but quality; It is to change the product structure, increase R&D investment, and increase the added value of products. The fourth is to attach importance to brand building and foster corporate brands to seize the overseas market cake.